WHY YOU NEED TO EMBODY MOTORSPORT TEAM EXCELLENCE It’s the embodiment of the Top Gun culture on tarmac; a sport unrivalled in complexity and competitiveness; the absolute pinnacle of performance excellence.

But what drives this ‘excellence’…?

Is it the money? The sponsors? The cars?

No. It’s the people. The teams.

What do you notice about motorsport teams? What sets them apart from everyday teams? What allows them to consistently perform at such a high standard?

A team of like-minded individuals in absolute alignment with the vision, standards and work ethic.

Likewise, the same level of emphasis should be placed on excellence within trade business teams.

A poor decision maker; an ineffective communicator; an unmotivated employee can cost a business dearly!

In fact, research shows hiring a someone who performs poorly and decreases your team’s productivity can cost your business anywhere between 30% and 150% of their annual salary!

And your A-Graders are left to pick up the slack…

Carrying the weight, covering up mistakes and tolerating all kinds of obnoxious habits from the poor performer. This is the simplest way to destroy a business. Like an off banana, they begin to spoil the bunch. A culture shift occurs and everything from the standard, to the work ethic, to the productivity is dragged down, driving away you’re A-players.

In fact, a study found that over 80 percent of all employee resignations are a direct result of another employee.

Now, let’s factor in the cost of replacing them…

Every action your employee makes has a direct financial impact on your business.

You need to hire ONLY A-players.

Yes, finding good people isn’t always easy…. But without a doubt, it’s always worth the time and effort involved. Why?

A single employee can literally make or break your business!

You can’t settle for anything less than the best. Your business is only as good as the people in it.

The transformation of a business always begins with getting the right people into it, and the wrong people out of it.

The hardest decisions you’ll ever make in business are those relating to people… hiring, firing, promoting, etc. Yet, in most businesses, these decisions receive the least attention and are the hardest to undo.

It’s critical that you hire slowly and diligently.

Our industry is littered with C and D-graders, but you mustn’t compromise.

Even in dire circumstances, you should NEVER hire to quickly fill a role… Always hire to fulfil a role – now and into the future!

Don’t apologise for having high standards. It’s better to have no one than the wrong someone.

Too many times we’ve seen business owners rush to hire someone, only to completely regret the decision within a couple of months. The damage done by the D-player will always far outweigh the damage done by not hiring anyone!

But it’s important to note that the ONLY way to hire A-grade players is to look like an A-grade business. Success attracts the best. Just look at motorsport… every top driver, engineer and mechanic want to operate under the best teams on pit lane. It puts them in a position of strong contention for winning (something A-players love to do!).

You need to have the best culture, the best image, the best reputation… that’s what matters to A-players.

Yes, what you pay them has an impact, but it’s not the priority for them. They want to be a part of the business’s journey. Contributing to its growth; being a part of its success. Their happiness comes from achievement, not entitlement. They want their role to have significance. A sense of responsibility. A sense of accountability.

But you can’t just wait around for A-players to come to you.

Hunt them down. Scout them out. Chase them up.

Once you have their attention, they will come to you. If they don’t come knocking, build a door in front of them. That’s the key.

But don’t make the mistake of pursuing ONLY high performers!

Just because someone is a high performer, doesn’t mean they’re an A-player.

They may have an A-player level craftsmanship that is second to none. But outside of their own work, they might be completely toxic to the business itself.

You need to ask yourself; do they have an A-player attitude? Do they fit the culture? Are they a team player? Do they lift team morale?

If not, they could severely damage the culture of your business, and therefore, your ability to both attract and retain true A-grade players.

Just as important as hiring slowly, is firing quickly.

You can’t afford to keep C and D-graders sticking around.

Delaying dealing with the removal process of poor performers only frustrates A-players. You need to remove the weeds.

Don’t be guilt tripped into delaying the removal of C and D-grade players. You aren’t sacking them, they’re sacking themselves. If they aren’t operating at your standard of excellence, then they’re firing themselves.

Likewise, don’t delay the removal in fear of the replacement process. This is the case for roughly a quarter of businesses. The cost of inaction is far greater than the cost of action!

You have to keep on top of this process. Of course, certain situations or circumstances won’t permit removal, but don’t use this as an excuse for inaction. Seek to limit their ramifications at every opportunity. Cycle them through the business or limit their responsibilities. Do whatever’s possible to minimise their negative impact!

If you're an electrician, plumber, painter, carpenter, or any other trade business owner who is looking for assistance with nailing your hiring process and developing your team, click here to learn more about how our team can help! 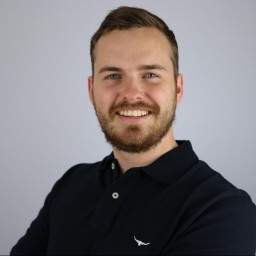 From being raised on a cattle farm, to running around the workshop of my families V8 Supercar race team, my upbringing was nothing short of unique. The cowboy-motorsport influence naturally...